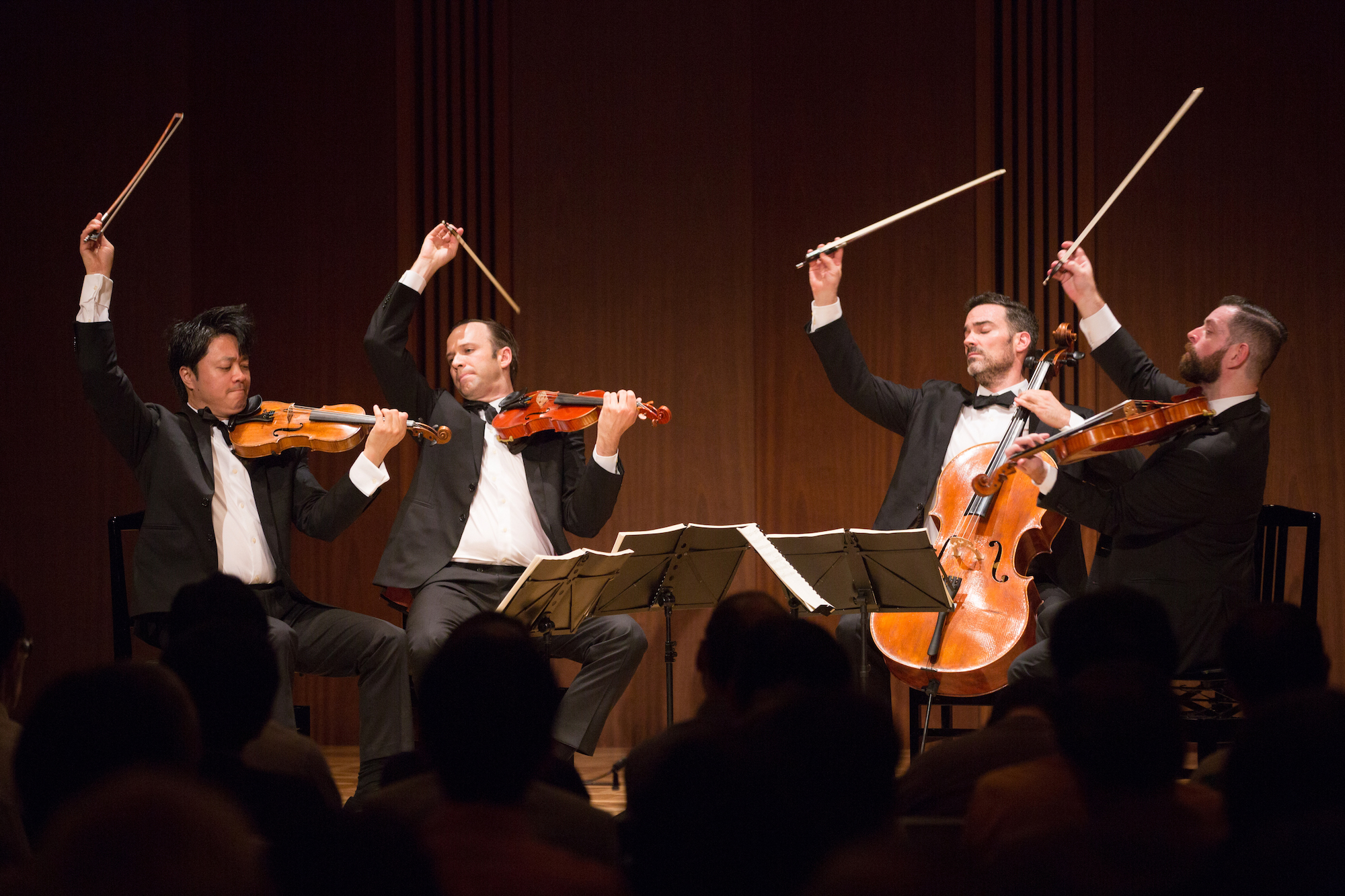 The Miró Quartet is in the middle of an extraordinary undertaking — performing the complete cycle of 16 string quartets that Beethoven composed throughout his life.

These works range from the six quartets that make up his Op. 18, which were Beethoven's way of announcing to the world at large that he was to be taken seriously as a composer, to what was the final piece of music he ever composed — the alternative finale to his Op. 130 quartet.

Tuesday night, the Miró Quartet performed the Op. 59 quartets, also known as the "Razumovsky" quartet, after the Russian ambassador to Vienna, who commissioned them.

In introducing the concert, second violinst William Fedkenheuer said these works were responsible for the creation of the professional string quartet.

"Usually a group of players would get together, read through the music a few times, then perform it," Fedkenheuer said. "But the difficulty of this set of quartets was such that it made that practice impossible."

One reason for that difficulty was the way Beethoven in these quartets sought to expand what a grouping of two violins, a viola and a cello could do, by expanding the role of each instrumental voice, extending the length of the melodic line, and creating orchestral sonic textures.

Just as important is the emotional weight that Beethoven invested in these works. The Op. 59 quartets were written during one of Beethoven's most productive, as well as most personally tumultuous, periods. Beethoven was writing music as if his life depended on it.

And the Miró Quartet Tuesday night played this music as if its collective life depended on it.

The F Major Quartet, the No. 1, which opened the evening in the Tulsa PAC's Westby Pavilion, was as explosive and mercurial as Beethoven himself was known to be. Passages of sublime beauty were offset by rough-hewn, fearsome fiddling; tension-filled fragments played off the playfulness of the finale, with its impish array of false endings.

The No. 2 quartet in E Minor begins with a movement full of robust passages and unusual pauses, coming to an uncertain, inconclusive ending, and a third movement that sounds like music for a jovial dance that gets repeatedly cut short — and watching the Miró players go at this music, one could tell the sheer joy they were having with it.

The final quartet of the set, the C Major,  was a textbook example of how great musicians maintain their individuality while contributing seamlessly to the ensemble. You could easily distinguish the bright clear tone of Daniel Ching's violin next to Fedkenheuer's warmer, more voice-like tone; the throaty, woodsy sound of John Largess' viola and rounded rumble  and sigh of Joshua Gindele's cello.

The cycle concludes with two concerts devoted to Beethoven's final quartets. Seating in very limited for the 7 p.m. Saturday concert, and the 5 p.m. Sunday concert is sold out.